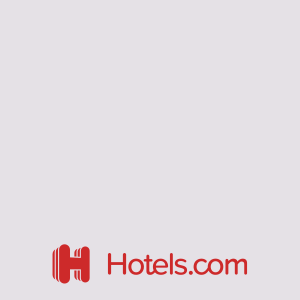 HISTORY OF THE HOUSE

Once upon a time...... we humans were better at using hydropower. Sawmills, mills and other activities that required energy emerged in the vicinity of the watercourses. The water was also excellent to transport goods on to nearby piers/ports.

Enångersån was an important lifeblood for Enånger, which is excellent early on maps, actually already from the 17th century, which is earlier than Hudiksvall, among others.

As society grew, a dairy was needed.

At the end of the 19th century, the church set aside land and a dairy was built opposite Enånger's now "old" church. In this "dairy" there have since been a number of activities, such as mail, libraries, power plant offices, before the house became military storage for a period of almost 40 years. During that time, the house's heating system was dismantled, windows were "nailed" again, doors were sheet-coded.

After the "mob era", Gusten's Antique and Flea Market moved into the house.

One of Gusten's clients couldn't find any antiques he wanted to buy, so he bought the house instead......

When one of our current toilets was to be installed, the floor was reinforced to double the thickness right there, which is probably due to previous safe placement.

A house with soul and history that we appreciate and want to preserve and develop. The idea of the history of the house is always included in our renovation plans.

As a small curiosity can be mentioned that the house has also been hide from stolen goods – ask us and we will tell you more .....

Our very first guests stayed with us in the summer of 2011, even though our first guest room was not ready at that time.
In spring 2012 we were able to welcome guests to our Svedja room.
Until midsummer 2012, our second room, Bro, was ready to receive guests.
A year later, in 2013, Ådalen was also ready for guests.
Our guests are hard tested, as renovation of the house has been going on all the time.
In the summer of 2015, the wettest summer in many years, we tried garden café and also kayak rental. We were hoping for better weather.
In the summer of 2016 we started the rental of our Circus wagon, at the same time the whole roof of the house was changed and our relaxation began to take shape.
This is also the year we launched our first bike packages (the preparatory work went on all 2015).
The trolley got its own shower and toilet, as well as its own veranda in 2017. We engaged in Destination Glada Hudik, in order to influence the development of tourism in and around Hudiksvall. 2017 was also the year when our/guests' relaxation area, with corner sofa, fireplace and another shower, was inaugurated.
2018 started with an update of the guest kitchen – which then got more storage facilities and its own dishwasher. As the last room in the public areas, the guest kitchen's lighting was now given motion decking. Now our guests can move freely anywhere, downstairs, without having to think about fluorescent lights.....